On March 21, CMHA NS joins organizations around the world in recognizing International Day for the Elimination of Racism.

The International Day for the Elimination of Racial Discrimination is observed annually on the day the police in Sharpeville, South Africa, opened fire and killed 69 people at a peaceful demonstration against apartheid “pass laws” in 1960.

The 2022 edition of the International Day focuses on the theme “VOICES FOR ACTION AGAINST RACISM”.

This edition aims, in particular, at: highlighting the importance of strengthening meaningful and safe public participation and representation in all areas of decision-making to prevent and combat racial discrimination; reaffirming the importance of full respect for the rights to freedom of expression and peaceful assembly and of protecting civic space; and recognizing the contribution of individuals and organizations that stand up against racial discrimination and the challenges they face.

Racism, xenophobia and intolerance are problems prevalent in all societies. But every day, each and every one of us can stand up against racial prejudice and intolerant attitudes.

This simple message can be a powerful vehicle to encourage people everywhere to strengthen and consolidate their voices against racism, to mobilize against all forms and manifestations of racial discrimination and injustice, and to ensure a safe environment for those who speak up. It lends itself towards telling personal interest stories and can feature people and populations from across the world.

I Stand Up To Racism

Show your support for #FightRacism by sharing your picture. 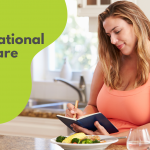 July 24 marks International Self-Care Day, an annual opportunity to put a spotlight on self-care and the benefit effective self-care […] END_OF_DOCUMENT_TOKEN_TO_BE_REPLACED 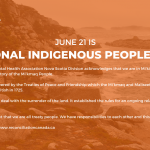 June 21 is National Indigenous Peoples Day — a day for Canadians to come together, reflect on and celebrate the […] END_OF_DOCUMENT_TOKEN_TO_BE_REPLACED