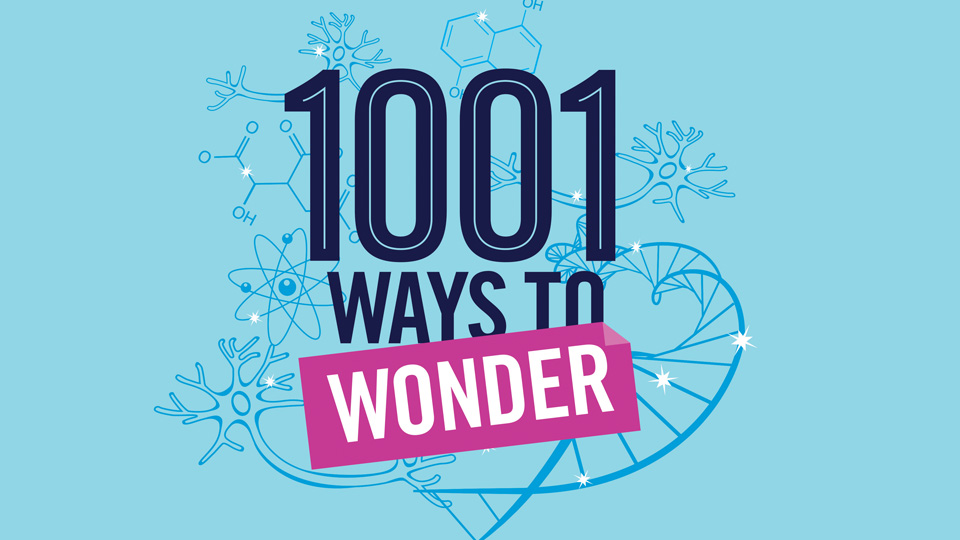 Bryce Sage, a CBC filmmaker has produced a web-series about the science of mental health. He’s teamed with TELUS Fund and Healthy Minds Canada to help bring awareness to a very important subject. The first official episode will be released on MAY 1st, “Depression in the Brain”.

1001 Ways to Wonder is an entertaining and informative documentary web-series that explores and demystifies the science of mental health using a personal lens. Equal parts entertainment, education and therapy, the series targets audiences aged 15-35, that are engaged online, and most at risk of mental illness. It sets out to inspire a community of #WonderWarriors to comment and share their own stories and help raise awareness about mental health. From award-winning Toronto-based documentary filmmaker Bryce Sage, who has struggled with depression most of his adult life, the 12-part series launches May 1st, in time for CMHA Mental Health Awareness Week.

Diagnosed with ADHD and clinical depression, Bryce Sage feels wonder might be the cure to his depression. He embarks on a quest to better understand mental health and offers an authentic point of entry into an often-marginalized subject, offering himself up as a human guinea pig. He gets into an MRI machine to see what depression really looks like, test-drives the latest cutting edge therapies and explores questions such as… What triggers depression? Do genes play a role? What does addiction look like in the digital age of videogames and social media? What therapies work best?…And, what is getting in our way? Armed with his curiosity, Bryce tracks down leading experts in psychology, neuroscience and evolutionary biology to decipher the symptoms, causes, treatments and latest developments in depression, anxiety, addiction, ADHD, Bipolar Disorder, Schizophrenia and more – disorders that affect at least one in five Canadians.

Twelve episodes will be released monthly, beginning May 1st, 2017. The episodes feature animation and cheeky dialogue to visualize an invisible science and bring levity to the serious subject matter. Topics include: the neuroscience of depression; exercise vs antidepressants; genetics; anxiety; addiction and dopamine in the digital generation; nutrition; cognitive behaviour therapy; inner voice and ruminations; delusions; treatment resistant depression and electroconvulsive therapy (ECT); mental health first aid; and a brief history of therapy. An additional 40 episodes are planned for future release, exploring Bipolar Disorder, Schizophrenia, yoga, meditation, and many therapies. While most episodes will be rooted in mental health, some extend beyond into brain science.

1001 Ways to Wonder has development financing from TELUS Fund, which supports exceptional content designed to educate Canadians about Health & Wellness. The series features expert interviews with doctors, scientists and researchers from CAMH and McMaster, Western and Ryerson Universities.

Bryce Sage has written, directed and hosted the documentaries for CBC’s Nature of Things and was a contributing producer and co-host on CBC’s Marketplace. He has written and directed several shorts and was a writer on the final season of the hit series Rookie Blue. His documentary Survival of the Fabulous won a Platinum Remi Award at the WorldFest-Houston International Film Festival and received several nominations including Best Science Documentary at the Banff World Media and Yorkton Film Festivals. Bryce was nominated for Best Director at the Yorkton Film Festival.