A survey completed by the Canadian Mental Health Association and the University of British Columbia found that one in 20 people in Canada recently experienced thoughts or feelings of suicide. Fourteen-year-old, Tessa Bryden lost her cousin last year to suicide and is doing her part to advocate for suicide prevention and carry on his legacy. 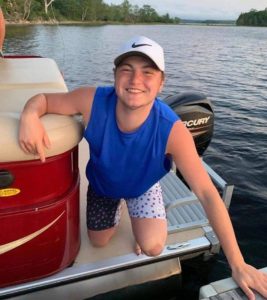 Photo: Jacob, whom the fundraiser is in memory of. Submitted by Tessa Bryden.

Tessa knew she wanted to do something in her cousin’s Jacob’s memory and help support those struggling with mental health. She initially started fundraising by selling homemade soaps and raised $100 for the Canadian Mental Health Association Nova Scotia Division. She then decided to pause on selling soaps because she was heading back to school but created a fundraiser to create an even bigger impact.

“I hope that people who are suffering from mental health issues will have access to help or have people to talk to, specifically surrounding suicide prevention,” says Tessa. “I hope this fundraiser helps change someone’s life for the better, even if it’s just a little bit,”

When Tessa started the online fundraiser in September, she had a goal of $500 by Oct. 24, 2020, which would have been Jacob’s 23rd birthday. She now hopes to raise $3,000 by that date and two weeks out, she is less than $1,000 away from that goal. Money raised will go towards suicide prevention supports at the Canadian Mental Health Association Nova Scotia Division.

“I’m so proud of what’s been raised so far and I’m so grateful for everyone’s generosity,” says Tessa. “Jacob brought light to so many people like his family and friends, and even the people who only had the chance to meet him for a few minutes. I’m doing this to keep his beautiful soul alive. We all love and miss him more than words”